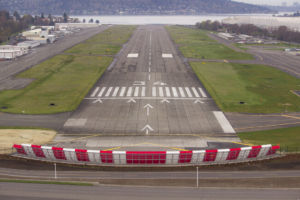 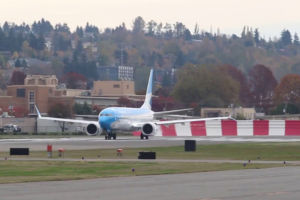 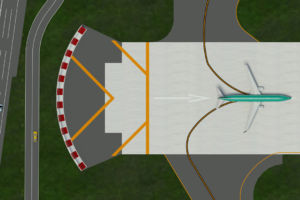 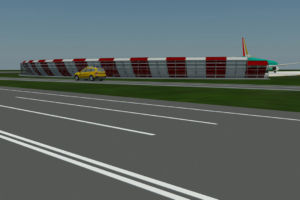 A BDI jet blast deflector installed at the Renton Municipal Airport was a featured imaged in the first flight of the Boeing 737 MAX.  The aircraft was flown by Boeing’s flight-operations vice president and chief test pilot, Craig Bomben, and Capt. Ed Wilson. The 737 MAX features a new engine design, larger wingspan and a new winglet style that make this new aircraft more efficient. The BDI jet blast deflector installed at the end of the runway protects a public road from jet blast created during takeoff operations and is on many BDI installations at Renton.